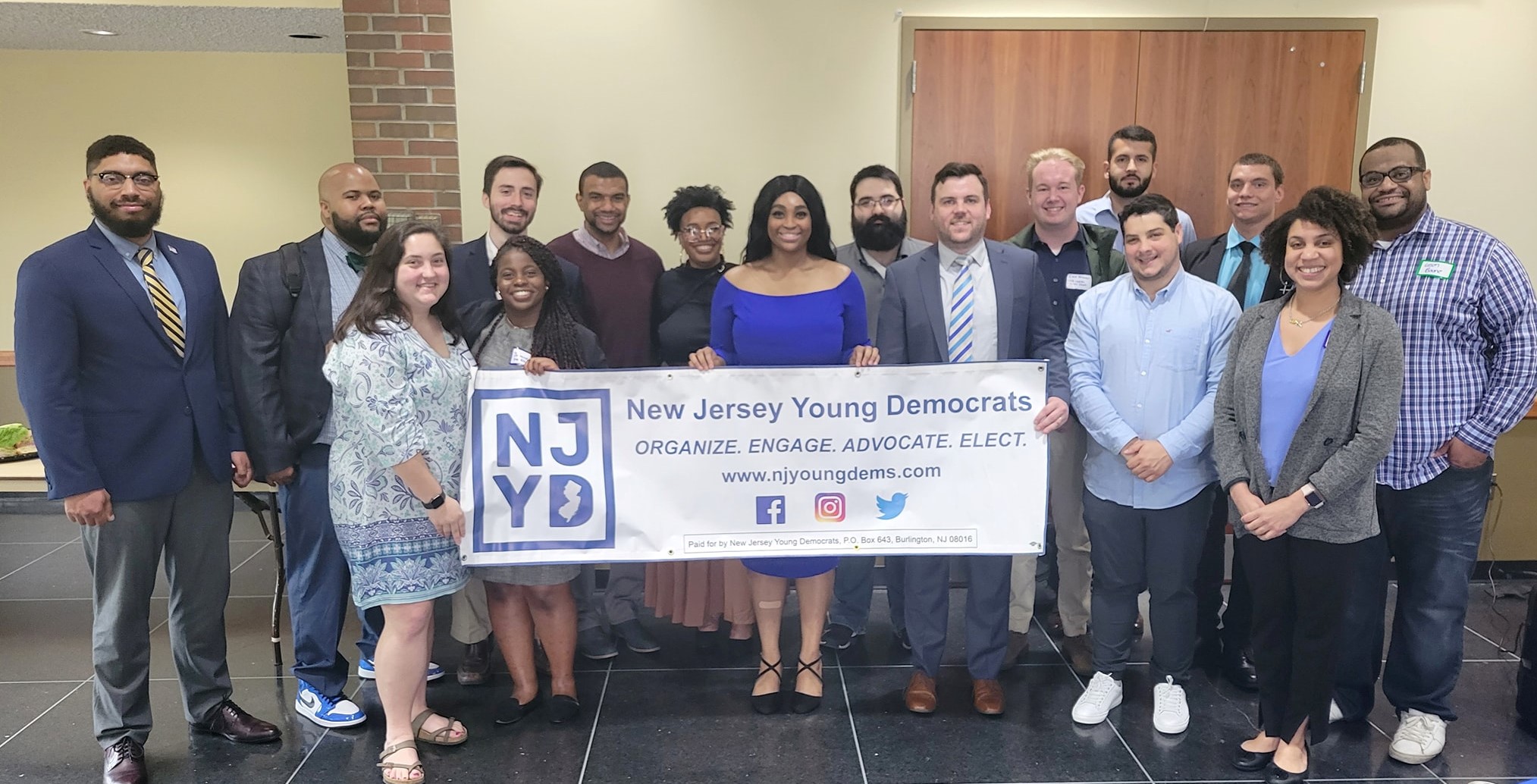 NJYD calls for progressive change by electing the right representation

Trenton, NJ - This election season, the New Jersey Young Democrats (NJYD) is proud to endorse 28 young Democratic candidates through the age of 40 and support 19 candidates 41 and over.

“In this climate, having the right representation in office is imperative. We have seen firsthand the damage that can be done by electing the wrong individuals. From access to quality health care to resources in underserved communities to an equitable, comprehensive education, there are real issues affecting real people's lives,” said NJYD President Fatima Heyward. “Now more than ever, we need to elect Democrats working to effect progressive change in the Great State of New Jersey. Our candidates recognize that need and are working hard to bring about real change. As leaders, community members, and entities, it is our job to uplift and support their efforts.”

NJYD endorsements were open to all Democratic candidates in good standing through the age of 40. They are required to complete the endorsement application and submit it by the September deadline.

Support from NJYD is given to any Democratic candidate over 41 who is in good standing and who completed NJYD’s support form by the established September deadline.

“As the next election draws close, we are proud to endorse another round of fantastic young Democrats and support seasoned Democrats running for office up and down the state. Helping young democrats is at the core of what NJYD does and stands for, and once again, we are excited to see such a great group running this year in NJ. We look forward to congratulating all candidates come November!” said NJYD Executive Vice President Brian Boyell.

“We are in another election cycle filled with worthy Democratic candidates, whom New Jersey Young Democrats is thrilled to endorse. This year, NJYD also opened up a support form for candidates 41 and over, so NJYD can offer more versatility in its support of Democrats around the state,” said NJYD Political Director Stephanie Casella. She added, “Following the ruling on Roe v. Wade and the former president’s theft of confidential federal documents, and in the midst of the January 6th hearings, we are hoping for an inspired movement to the polls in November. Vote like your democracy and rights depend on it. The New Jersey general election is November 8, and early voting is open from Saturday, October 29 to Sunday, November 6.”

NJYD’s endorsements and support do not denote and are not an exhaustive list of all campaigns NJYD supports in New Jersey; these lists comprise those exclusively who applied for NJYD’s endorsement or support.

The New Jersey Young Democrats will hold an endorsement party in Trenton the week of October 24th. To stay up-to-date on event details and future opportunities, be sure to follow NJYD on Facebook, Instagram, and Twitter at @njyoungdems.

NJYD members are making a difference at all levels of government. From grassroots activists to governmental staffers to elected officials, New Jersey Young Democrats is working to effect progressive change in the Garden State.